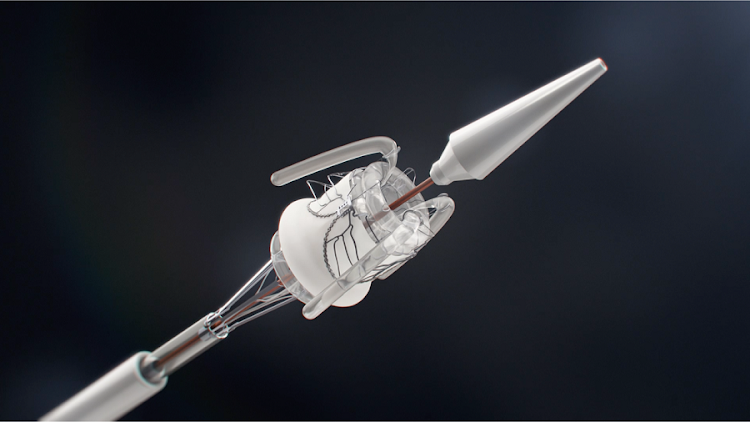 A cheap, mass-produced, plastic heart valve‚ invented and made in Cape Town‚ is set to save the lives of millions of young people.

After eight years of research‚ 150 rheumatic heart disease patients will have the device inserted in 2018 in a full-scale clinical trial. Instead of open heart surgery requiring expensive machines and specialist hospitals and surgeons‚ the valve can be inserted at a rural hospital by a general surgeon through a small incision.

“A self-homing, hollow balloon carries the valve into the heart‚” said Prof Peter Zilla‚ head of the Christiaan Barnard Department for Cardio-thoracic Surgery at the University of Cape Town (UCT)‚ who led the team that developed the valve and the insertion technique.

“The heart continues to beat during the implantation of the valve without interrupting the blood flow to the brain and the other organs.”

The announcement of the breakthrough‚ which offers the hope of inexpensive, life-saving surgery to 33-million people worldwide with the disease‚ comes just before the 50th anniversary, on December 3, of the world’s first heart transplant — performed in Cape Town by Prof Christiaan Barnard.

The company that makes the valves‚ UCT start-up Strait Access Technologies‚ won two global awards for the technology at the European Association of Cardio-Thoracic Surgery annual congress in Austria in October. “It was amazing to see the enthusiasm with which this innovation was welcomed by so many of the world’s top cardiac surgeons and academics‚” said Strait chief operating officer, Heather Coombes.

The head of the UCT medical school‚ Prof Bongani Mayosi‚ said rheumatic heart disease occurs most frequently among 14 to 30-year-olds living in crowded conditions with limited access to health care. “An initial, untreated infection of the throat with streptococcal bacteria leads to an immune response of the body that inadvertently also attacks a patient’s heart valves‚” he said. Only an artificial valve can save patients’ lives.

Zilla said discussions were under way with international bodies, such as he UN Industrial Development Organisation‚ as well as non-governmental organisations and African teaching hospitals‚ about the roll-out of the valve once the clinical trial and regulatory approvals are complete.

The UCT team is now using its experience in tissue regeneration to create living replacement heart valves that can grow with the patient.