Diabetes Is On The Rise

Diabetes is a chronic disease, which occurs when the pancreas does not produce enough insulin, or when the body cannot effectively use the insulin it produces. This leads to an increased concentration of glucose in the blood (hyperglycaemia). Type 1 diabetes (previously known as insulin-dependent or childhood-onset diabetes) is characterized by a lack of insulin production.Type 2 diabetes (formerly called non-insulin-dependent or adult-onset diabetes) is caused by the body’s ineffective use of insulin. It often results from excess body weight and physical inactivity. Gestational diabetes is hyperglycaemia that is first recognized during pregnancy. The following infographic has been produced by the World Health Organisation. 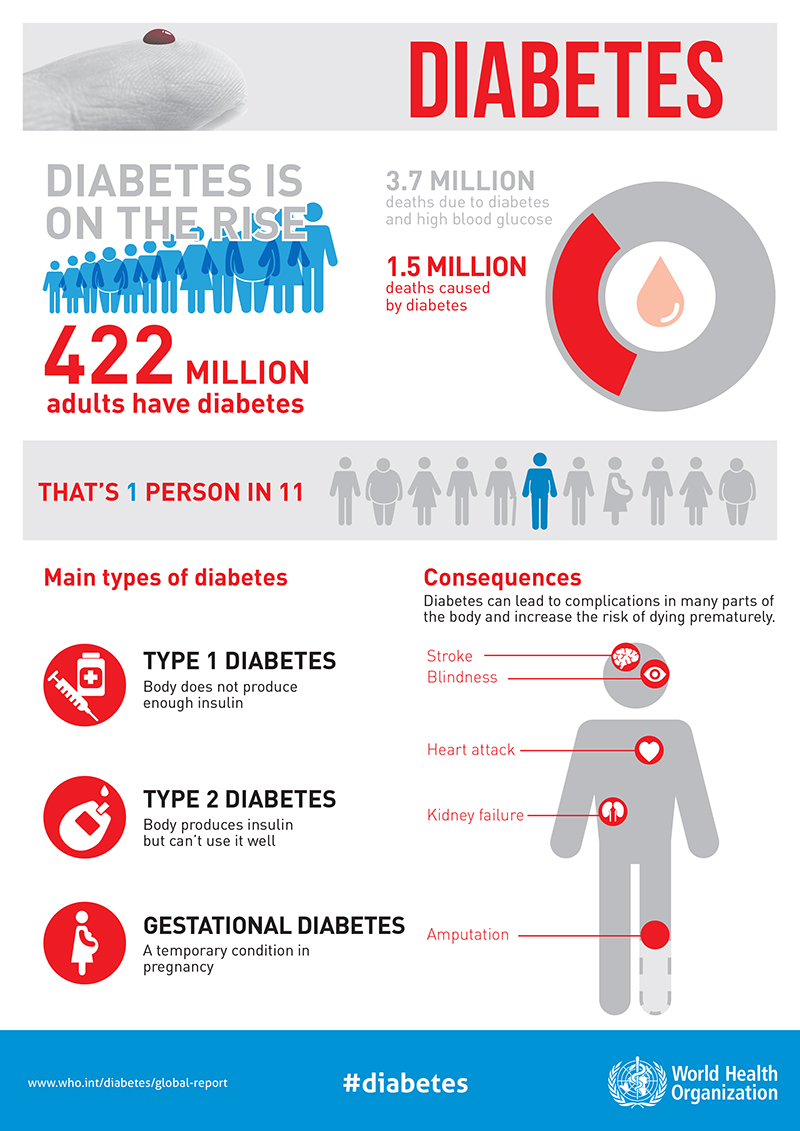 Previous Article: Nursing: A Profession in Peril?
Next Article More on Diabetes